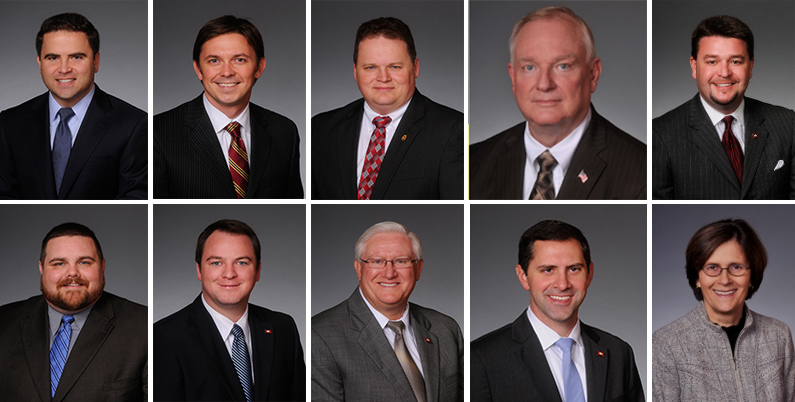 Every year we sit back from a distance and admire the Arkansas Legislature from a distance. Often times we see the legislature as a high school cafeteria. You have the cool kids (Joyce Elliot), the smart kids (Davy Carter), the kids that sit at home playing with their sister’s barbies (Nate Bell), the kid who gets beat up for his lunch money on (Jason Rapert), and the kid who does the beating (Bob Ballenger).

Most likely to not be allowed on an Arkansas State Fair ride: Warwick Sabin (D-Little Rock)

Most likely to shoot himself in the foot with a gun in church, then tweet about it: Nate Bell (R-Mena)

Most likely to play a Beatle’s band member role at the weekend theater: Davy Carter (R-Cabot)

Most likely to have army of angry women with pitchforks at front door: Jason Rapert (R-Conway)

Most likely to leave Arkansas and never look back: Kathy Webb (D-Little Rock)

Least likely to be able to grow a beard: John Burris (R-Harrison)

Most likely to have no clue what Twitter is: Robert Dale (R-Dover)