City of Little Rock to Build Technology Park in Heights

The Little Rock Technology Park board today has announced a decision to place the forthcoming technology park in the Heights district of Little Rock. The new park will require the demolition of up to 35 houses along Country Club road.

“We realized immediately that the residents of the south of I-630 communities that we were targeting for demolition had the least to gain from a Technology Park” says board spokesperson. “We have meet monthly since that time analyzing locations and we realized that the communities with the most to gain from a technology center were the affluent residents of the Heights community. We wanted to place the technology park closer to them to stimulate high levels of growth from the park.” 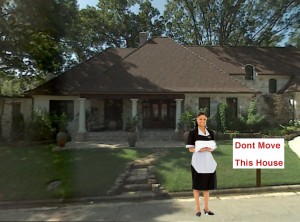 Not all Heights residents are happy with the move. Residents took to having their home cleaning crews, lawnmen, and office secretaries stand and protest in the impacted front yards. “We will not stand for this. They can not come in and destroy our homes for something we will end up only making millions off of” one Heights resident tells us. “I will order my servants to stand out here every day and protest until they change the plans or I run out of workers.”

The board tells us they will finalize the plans for the park next month and begin claiming eminent domain on the houses impacted. House price of the impacted homes are said to be $900,000 and above. Since many of the board members live in the impacted area there is a proposal to add 15% to any market prices. Residents could begin moving out of the area as early as July.

City of Little Rock to Build Technology Park in Heights