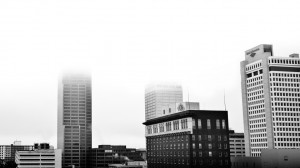 Downtown Little Rock is set to be the filming location for a major Hollywood apocalypse movie set to begin filming in the late spring.

Film executives first became attracted to the city while visiting the Little Rock Film festival last year. “We ventured into downtown during the day on a Saturday and there was absolutely no one there” the film’s producer told us. “We have had this movie on the shelf for a few years, but it needed to be filmed in a location that felt like a very organic apocalypse setting. We visited 100 cities and eventually just shelved the film until now.”

The film’s executives would not release exact names of actors and directors who would be film, but did tell us that they would all be Hollywood A list talent. “We can’t say exactly who it will be, but expect Spielberg and Brad Pitt level talent. Not that those are the people, but they might be” said one executive.

The Little Rock film commission is working closely with local organizations to ensure the downtown Little Rock experience is as close to normal as possible. “We want to make sure there are no Race for the Cures or marathons going on during the filming schedule,” says Film Commission spokesperson. “It is important to for the film industry in Arkansas for this to be just a normal Saturday. Nothing going on and no one around.”

“Frankly I am glad we got this in before any of the downtown redevelopment was able to take place. No way we would have landed this project in a downtown that people used” says the commission. “In other cities we would spend several million dollars and hundreds of man hours blocking off a downtown for several days, and it still wouldn’t look right” added one of the film’s executives. “This is the perfect location, even the parking cops do not patrol.”

Local individuals interested in being extras in the film are told just to stay indoors and away from downtown during filming days.

Arkansas Board of Education Approves “Self Education” Method in LRSD