Heifer International to Launch Project to Raise Goats in Antarctica 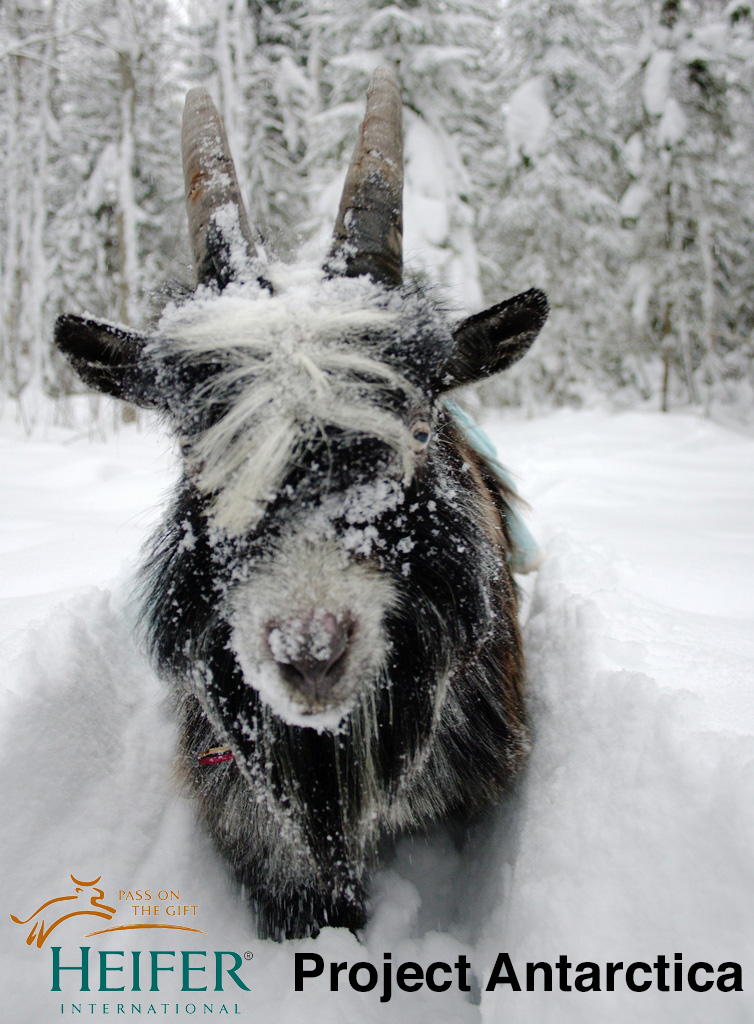 Heifer International today unveiled their latest project, which brings goats to under developed regions of Antarctica. The project is the highlight of their summer giving campaign, which kicks off in June.

The organization hopes to raise enough donations to send 10,000 goats to the continent by the end of the year, and find enough people and communities to match with the animals.

This is not Heifer’s first attempt at sending animals to Antarctica. Several years ago the organization took a shipment of 400 chickens and 100 goats. The animals, unable to be paired with appropriate donor families, froze to death within the first 24 hours.

“We learned a lot from our previous expeditions to the area” Heifer’s Antarctica Project Manager tells us. “Some animals simply cannot handle the climate. For instance the chickens we sent previously froze within 17 minutes of being released. Also penguins and goats do not get along, at all. I’ll save you the details, but build a big fence.”

Due to the lack of any sort of mail system in Antarctica, Heifer is turning to digital marketing to establish host families and communities for the animals. “We have been running banners, advertising, and email campaigns all directed at the region,” Heifer’s web marketing manager Robby Matthews tells us. “Our goal is to reach out to at least 500 individuals. So far we have 4, but I am certain we can find some more before the deadline.”

While the campaign does not officially start until June, people interested in donating early are encouraged to contact Heifer  with the subject line “Antarctica project”.

Heifer International to Launch Project to Raise Goats in Antarctica