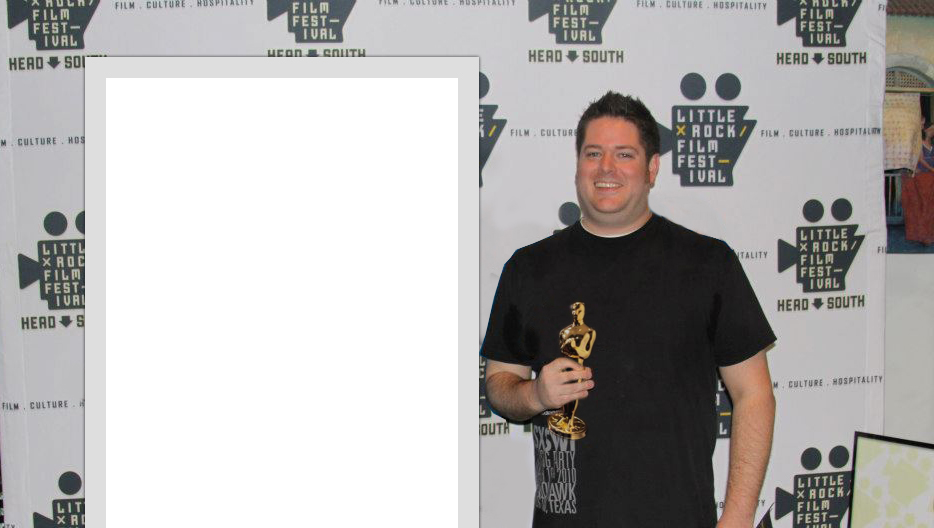 The announcement was made in conjunction with the upcoming Little Rock Film Festival which runs May 15 – 19 in downtown Little Rock. Owen will feature the poster along with a screening of a 5 minute clip from the movie. Autographed copies of the movie poster will be given to the first 100 guest to see the screening. Tickets are still available.

Spielberg first became aware of Owen’s poster designs after being asked to autograph an “E.T.” poster designed by Owen at a speaking engagement. “I loved the design, it is the opposite of how the industry has gone with movie promotion” says Spielberg. “Grant it he had it all wrong, the boy put out Reeses Pieces in small clusters instead of in a row, but the concept was good. I debated briefly on using it as a re-release, then decided instead to put him on some upcoming movies.”

“Snow” is a movie about a small town’s struggle to survive after being trapped in a blizzard. “I like to pick out one central concept to the movie and hone in on that in design” says Owen. “This movie is about how the snow moves in to every area of their lives and engulfs it. I thought it only appropriate to highlight that in the poster.” The poster (seen to the right) features a white background with the movie title and information also set in white. The movie is set to launch in January 2014.

Creating the minimalist movie posters is often far harder than creating a normal poster Owen tells us. “It would be easy to show a scene, but I have to stick to the central concept. For this poster I created 1,487 different snow flakes and placed them over each other,” Owen says. “The result is on the surface my most minimalistic poster to date, but also my most complex. After pouring over 200 hours into this I feel it is my best work so far.”

The initial contract between Spielberg and Owen calls for 12 poster designs for upcoming movies either produced or directed by Spielberg or part of DreamWorks Pictures which Spielberg is a partner. The next film that Owen will be working on will be titled “The Darkness”. Owen tells us he is close to finalizing a concept for this poster as well. Owen woud not share any of the ideas, but did say “I am thinking about featuring the blackness of dark”.