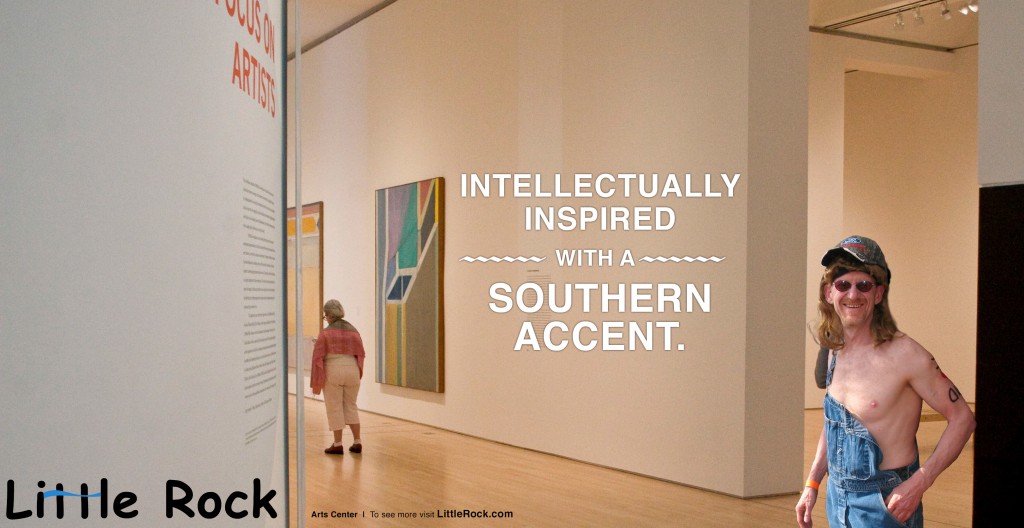 The new logo will begin rolling out over the course of the next 6 months. The logo is a departure from the previous logo featuring the Rock Island bridge and the Broadway Bridge in the background. “We realized with the upcoming demolition and rebuilding of the Broadway bridge that we needed to do some changes” the CVB VP of marketing tells us. “We decided it was an opportunity to rethink who we are.”

The logo features a representation of the Arkansas River and the city name set in Comic Sans. “Originally we thought of going with a felt tip font, but it came across a little cheesy. Comic Sans really is making a come back and has become quite trendy, we think that represents the nature of our city. Trendy and making a come back,” the VP tells us.

The new advertising campaign seeks to pitch Little Rock as a sophisticated, charming, southern city. The initial three campaign spots feature Little Rock art galleries, parks, and Riverfest music festival. The campaign attempts to give potential visitors a real glimpse into some of these Little Rock attractions, in each case using local residents to appear in the ads instead of models.

The CVB hopes the campaign will attract millions of new visitors a year to Little Rock. The revenue is needed to avoid having the city add an additional 1 cent sales tax that goes into an unregulated budget to fund the CVB.