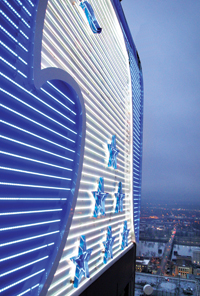 Metropolitan National Bank announced late last week that for the second consecutive quarter they have grown profits. Many board members are not happy with this overall growth trend and looking to take action to stop it, starting with the current CEO.

Metropolitan National Bank had net income of $662,000 in the first quarter of 2013, the Little Rock bank announced Friday afternoon.

“In this banking business you can not go around posting profits too often, no one will ever take you seriously” an Anonymous board member tells us. “How are we ever going to get one of those fancy government bailouts like Bank of America or CITI if we keep showing profits. People are going to start thinking we are just some community bank that goes around making profit all the time. We have a reputation to uphold here and I blame the CEO for this poor judgement.”

If the bank manages to post a third consecutive quarterly profit it will be the first time since 2001. Board members say they will take any action necessary to prevent this from happening. “If it means firing the CEO and buying up $2 million in unrecoverable loans, that is just what we will have to do” the board member continues.

When questioned about the profits the Metropolitan CEO tells us “I have no clue where the profits came from. Honestly, I fired all of our accountants several years ago to prevent too much accountability. I have hired a team of extremely over paid auditors to come in and see if there are some expenses that were missed in the quarterly reporting.”

When asked about plans to prevent another quarter of profits the CEO tells us that he is looking to close some profitable branches, give all employees a 10.4% pay raise, and possibly buy naming rights for 3 more downtown buildings.

Metropolitan Bank Building to be Renamed to Cupid’s Lingerie Tower